Designer Ini Archibong has launched a fundraiser to build a pavilion for the African diaspora to represent people who “don’t have a flag to represent us”.

The pavilion, conceived to be part of the London Design Biennale, would represent Africans and their descendants who migrated from the continent or were forcibly removed through slavery.

“We’re not just recognized to each other by the color of our skin, but by a sort of inherent kinship that comes from that,” he added.

“So that inspired me to present the idea of doing the first pavilion for the diaspora. We don’t have a flag to represent us. We are literally displaced people in a sense.” 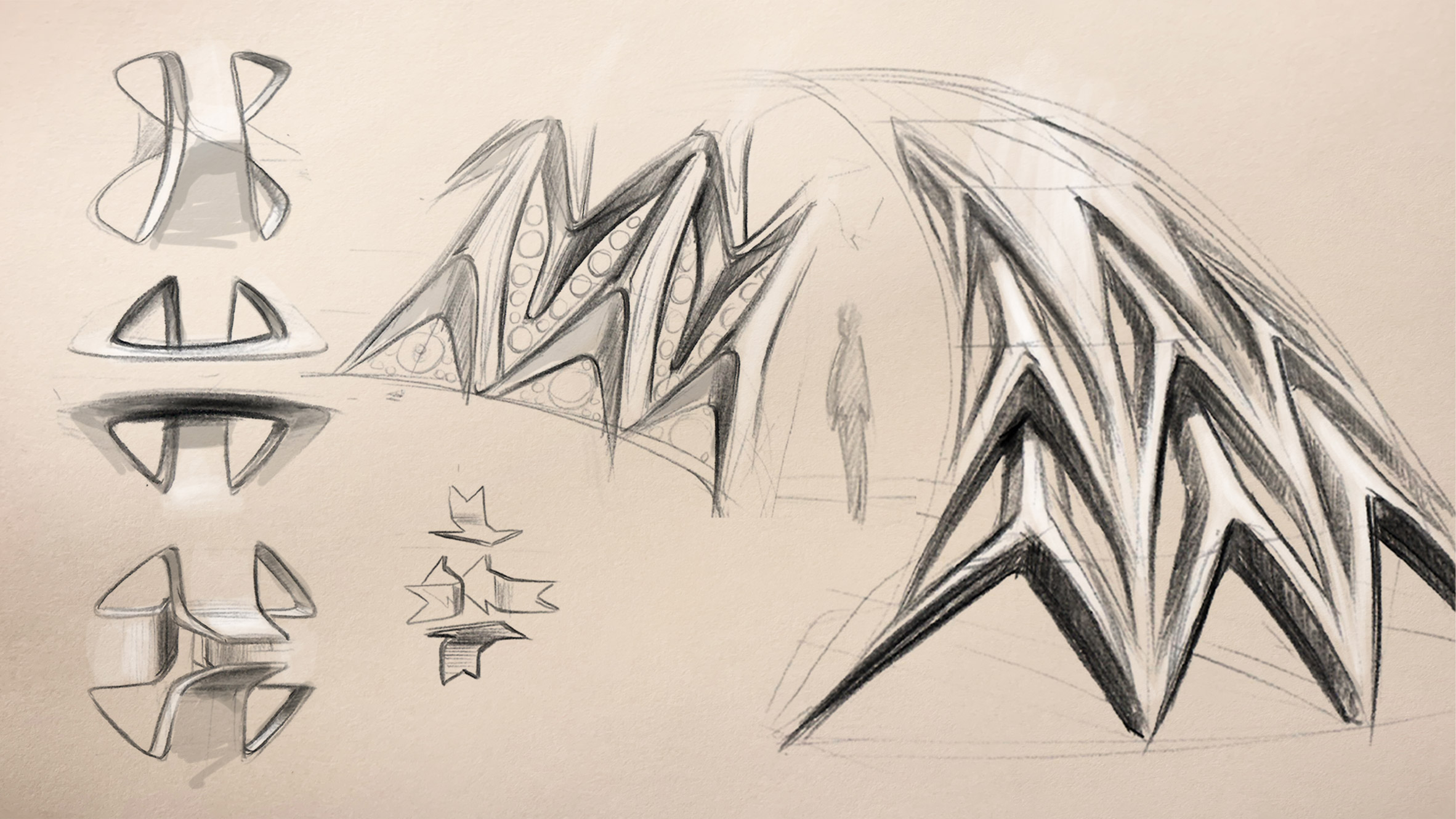 The pavilion was designed to represent displaced Africans

The designer announced the project in a live interview with Dezeen earlier this week. The interview and the launch followed protests against racial inequality around the world following the death of George Floyd, an African American killed by police in Minneapolis on 25 May.

Archibong said that rather than dwell on conversations about race, he wanted to take action. “From now on, my focus is less on having these conversations and more about doing something.”

The Pavilion of the Diaspora is intended as a temporary centerpiece for the biennale, housing exhibitions and performances and serving as a gathering place. 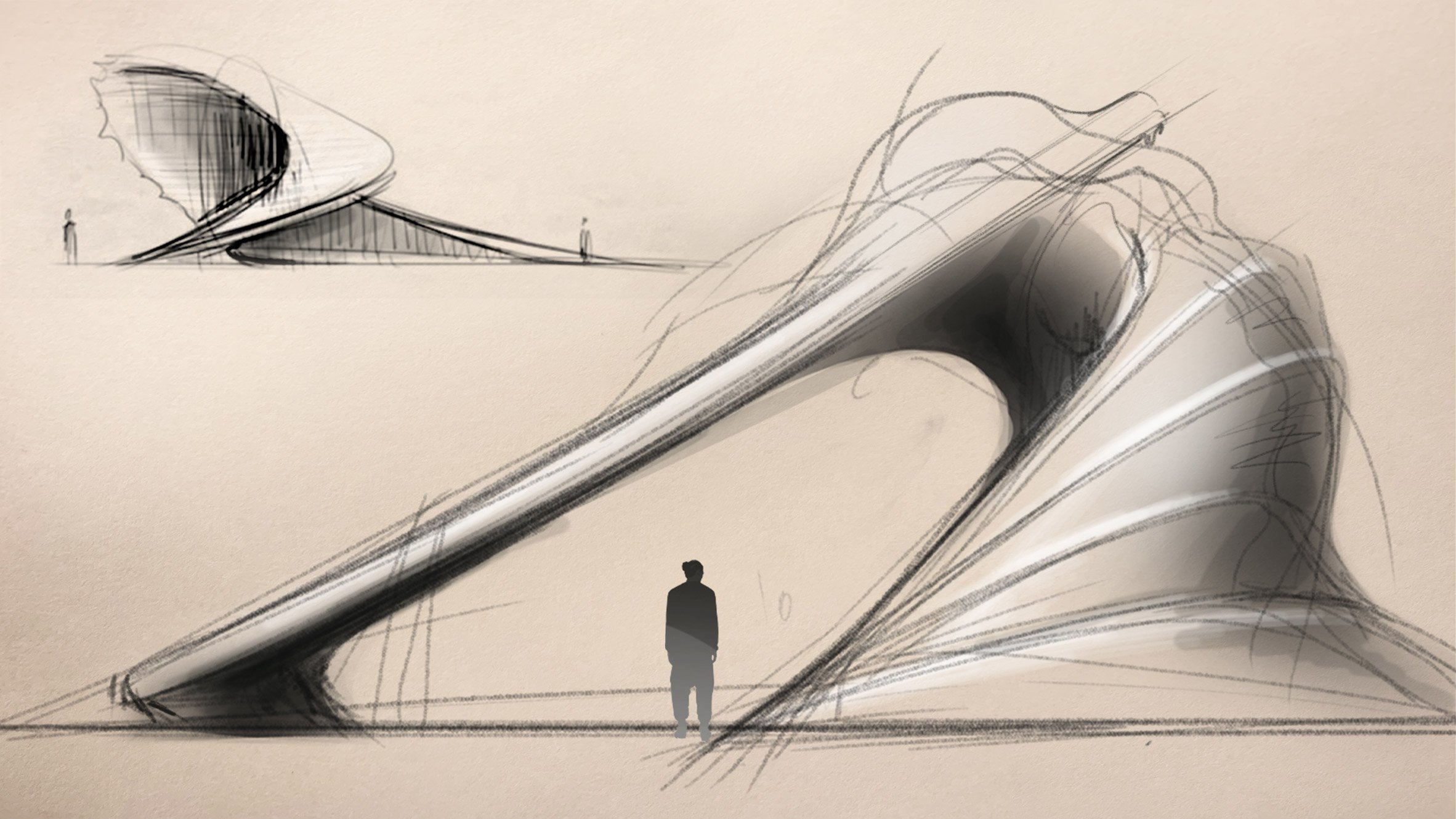 The form of the pavilion, which has not yet been designed in detail, will be based on a conch shell.

“I came to the idea of the conch shell when thinking about the fact that, no matter what shores we ended up, we assemble when the rallying call is made,” Archibong said.

“The concept of a shell washing up on the shore and someone picking that up and sending off a rallying call to all of the tribes of the diaspora to assemble in this place is really where this concept started.”

Archibong showed development drawings of the pavilion during the live interview.

“We went through the process of taking a look at the geometries in the construction, the insides of these shells, and trying to draw inspiration but also find structural elements that could be employed,” he said.

Archibong is developing the pavilion through creative collective LMNO (Leave My Name Off), which includes designers Jori Brown and Maxwell Englemann.

The idea for the pavilion came via a conversation with London Design Biennale curator Es Devlin, who invited Archibong to design a pavilion at the biennale, which showcases the design culture of countries around the world.

However, Archibong did not feel that he could represent any particular nation.

“Since I left in 2012, the politics of the US was something that was a burden that I didn’t feel like carrying with me every day,” he said, adding that he was “born and raised in a place where people of my skin color are not necessarily treated in the best way.”

“I don’t consider myself Swiss, even though this is my home and I love it, and I wouldn’t be able to represent Swiss culture, I accurately,” he added. “And I definitely was not going to take the opportunity away from somebody who maybe was less visible but at least was residing in Nigeria to represent [that country].”

“So I started to think about this as a concept, you know; what it means to be somebody like me. I’m not the only one that has this displaced feeling. I think it’s something that’s common amongst my people.”

The African diaspora is the term given to people living around the world who come from, or whose ancestors come from, sub-saharan Africa, including descendants of black people who were captured and shipped to the Americas as slaves.

“It created an identity that is not restricted by borders, not restricted by locality,” he added. “After grappling with it for a long time, I realized that it granted me a bit of freedom. I could choose where to make my home without having emotional attachments to nationalistic ideas based on where I was born and raised.”

However, the original proposal for the pavilion stalled due to a lack of funding.

‘It’s a big idea that presented a lot of problems, namely in funding because there are no institutions for the diaspora,” Achibong said.

All sketches by Maxwell Englemann and Jori Brown for LMNO.

Share your thoughts about, Ini Archibong shows proposal to Africans Pavilion of the Diaspora at London Design Biennale